The Thomas Fire was scary than the Woolsey fire

Nice shots of those dozes

The Incident Command System's "mother of invention" was in Southern California in 1970 when a number of mega fires burned rapidly and over jurisdictional lines. A common management system had to be invented. Now the ICS is the standard nationwide. I worked my first wildland fire in 1971 in Arizona, near Flagstaff. I had fire assignments in 8 western states by the time I hung up my helmet. I did not work in fire management full time, except for the first 4 years of my career, but kept gaining new qualifications for more positions in the ICS system for the remainder of my career. When I started we were using the Large Fire Organization and then from about 1980 to 1986 transitioned to ICS. This system is fantastic and can be used for any type of incident, both emergency and non emergency, not only fires [wildland and structural], but law enforcement and EMS related as well. Non emergency incidents include handling the visits of foreign heads of state and presidential visits and tours in various locations. Some of my co-workers worked the 1990 visits/tours of both Clinton and Gore to Lake Tahoe as that administration wanted to advance the methods being used to restore the land around the lake as well as its famous water clarity. I worked several southern California Santa Ana wind conflagrations. ICS worked incredibly with not only the U.S. Forest Service, but the county (fire and sheriff), CHP, Caltrans, county animal control officers, animal welfare volunteers (3 cheers for these incredible people) and municipal and county public works departments and even the L.A. Dept. of Water and Power and Southern California Edison. There have been many more. Each individual who is in an active fire zone has to have the basic firefighting course that every agency requires and meets ICS standards. They have to be equipped properly as well. So the animal welfare folks, while helping to evacuate animals (mostly horses as well as goats. llamas, sheep) from an evacuation zone. Watching a wildland fire grow and seeing the response to it, made so efficient by all being under the same command/management system is really impressive. I was a crew boss during the 1988 Yellowstone fires for 5 weeks. It was amazing to see the logistical support build a facility to accommodate incoming crews, engines, dozers and overhead personnel, an incredible thing to witness first hand. It is really awesome in southern California where incidents occur in high value areas, with dozens of agencies involved, with many or dozens of municipalities, county agencies of all types as well as the state, with the CHP, Caltrans and Cal Fire there in force. I watch with pride when I see these videos. I was great to have been a part of it.

@FB1 Response Videos Thank you and same to you! :)

thanks for watching (: hope you had a merry christmas

Your Woolsey videos are 💯👍🏼 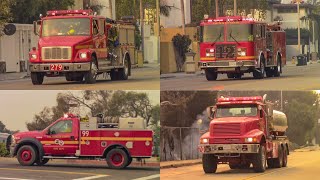 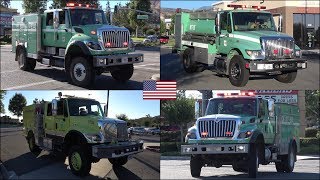 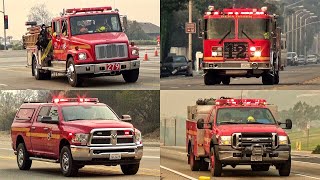 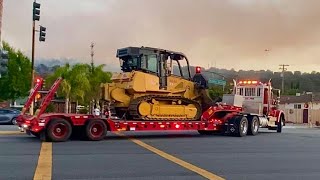 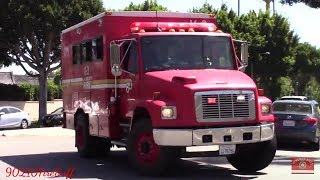 Major Fire Response to the Portola Fire in Benedict Canyon 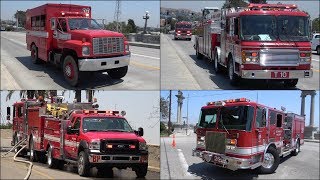 Fire Trucks responding to a wildfire in Los Angeles [2017] 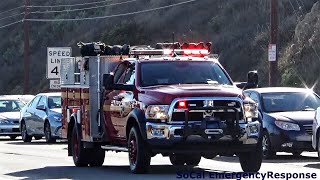 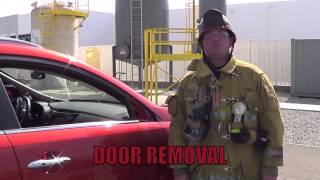 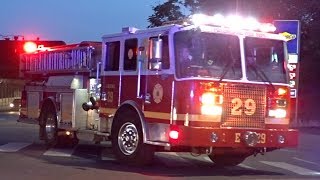 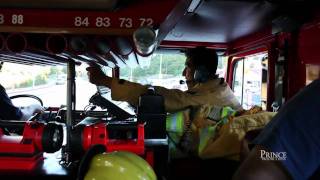 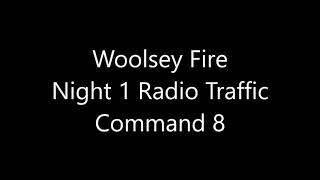 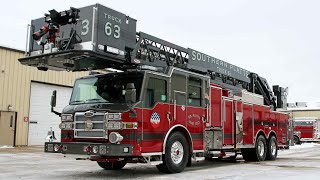